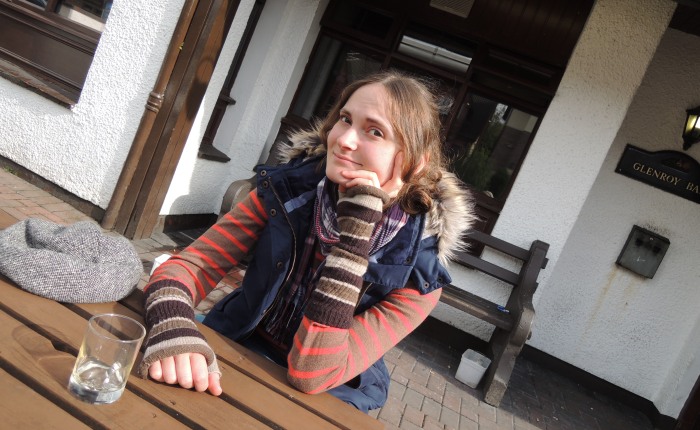 An early exercise about memoir writing. This is a true story. Maybe a boring story, but a true story nonetheless.
A cyst, that’s all it was. Just a cyst. Benign is what it was. But I still wanted it off. It had been here long enough. Years, in fact; and I would even go so far as to say five years. More than five years maybe. Anyway it was there and protruding and staring back whenever I looked down at my wrist and it was bad enough. I had been roaming the Internet in search of ways to get rid of it, which was definitely not the right way to go about it. You see, the only people who actually take the time to post anything on forums are the ones who have had a bad experience and want to complain. I had surgery a year ago and now it’s come back and it hurts like hell and my wrist is stiff and my doctor is an incompetent fraud and I hate the entire universe, that sort of thing. Scary as all that sounded, my brain and my mum suggested that I seek the advice of an actual medical professional before deciding whether or not it was wiser to just keep the damn thing on my wrist for all my life.

The doctor I saw about it I shall always consider a true hero. I showed him the cyst, and here is what he said: “Oh, it’s a synovial cyst, it’s not dangerous but it’s a nuisance, you have to get rid of it. Here is the name of a great surgeon.” Not “you have the option of surgery”. Not “you might want to have it removed”. He made the decision I was afraid to take, and I must say if he hadn’t phrased it like he did, I may very well have chickened out. He probably saw that plain on my face.

I called the surgeon. Two months later, I was checking into the hospital. Minor surgery like that is usually done in one day. Walk in, get sliced up, get stitched right back, walk out again. But due to a latex allergy, I had to spend the night. They wanted to make sure I would be the first one to be sliced up the next morning. Spending the night in a hospital room proved to be the worst part of the experience and one of the weirdest creepiest things I have ever had to endure. Needless to say I did not sleep. I don’t think anybody sleeps in hospitals at night. For one thing the smell was unpleasant. It was the smell of wrongness, like if you went to sleep, you might never wake up. And for another thing a woman was moaning and whimpering and calling all night. It was quite hard to judge the distance in the dark. She might have been in the next room, just as she might have been at the other end of the corridor. Felt as if the hospital itself was crying for help. “Please” the hospital moaned. “Please, help please!” And a tired nurse’s feet would shuffle by my door to wherever the plead came from. “What is it, ma’am?” “Please, I want to get up!” “You can’t get up right now, ma’am, you just had surgery.” “But I need to get up.” “No, you can’t get up right now, ma’am.” All night long. When I got bored of feeling sorry for myself, I started feeling sorry for that nurse.

Then, in the morning, she came in, handed me one of those blouses they give to patients to make sure they’re quite uncomfortable, told me to go take a shower and mispronounced my name. I felt less sorry for her.

After that, the rest was a piece of cake, really. It probably had something to do with the tranquilizer the anaesthetist put in my IV. The surgeon was definitely not an incompetent fraud. The cyst has been gone for more than a year, now. It hasn’t come back, it hasn’t tried phoning, and I received no postcard. It is a small thing, but I’m just a little bit happier than I was before. Although I had promised myself that if the surgery was successful, I would talk about it on forums to balance all the negativity, I did not. I guess happy people are quick to move on.